ILIFE has been busy revamping its line of products now.

First it was the A8 engine then the V8S and now it is V7S Plus. At first glance, this robot looks just like the V7S Pro.

The V7S Pro and Plus are basically the same robot but with some key differences. The first will be the trash. On the V7S Pro, the water tank only holds water.

This may mean that the robotic brush will continue to rotate even with the water tank inside the robot.

It also has i-Dropping technology that ensures that water drips slowly to keep the microfiber mop moist throughout the mopping process.

Another improvement would be the navigation. ILIFE says this alternative will work best in terms of cleaning multiple rooms and returning to the dock. But we’ll find out in this review if that’s the case.

What do you expect from ILIFE V7S Plus?

Before continuing, please watch this review I made…

This robot is a replica of the previous ILIFE V7S Pro, the only difference is the water tank.

The new water tank is slightly different from the old version.

It has the same capacity as 300ml but has a small space to store dry dirt. I think the motorized brush will still work even in wiping mode. 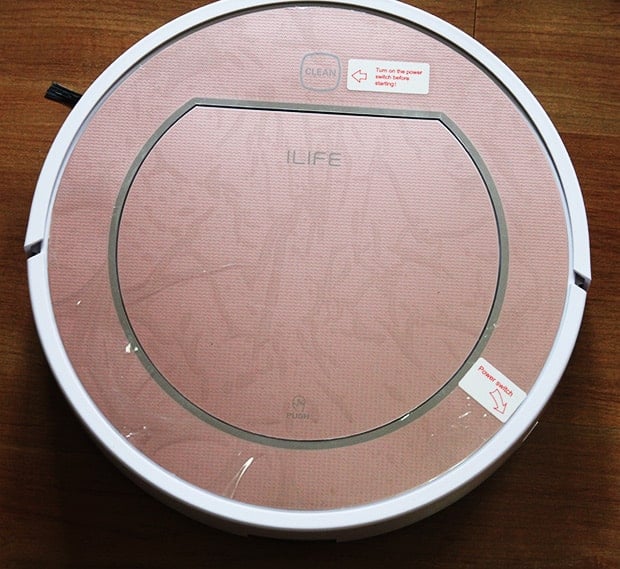 Like the V7S Pro, it has the same pink and white exterior with a single button in the middle. The dirt bin and water tank are both loaded from the top door.

In terms of dimensions, the V7S Plus and V7S Pro are the same. It helps in terms of having a wider cleaning path but is painful because it can’t go into tight areas like small robots do. 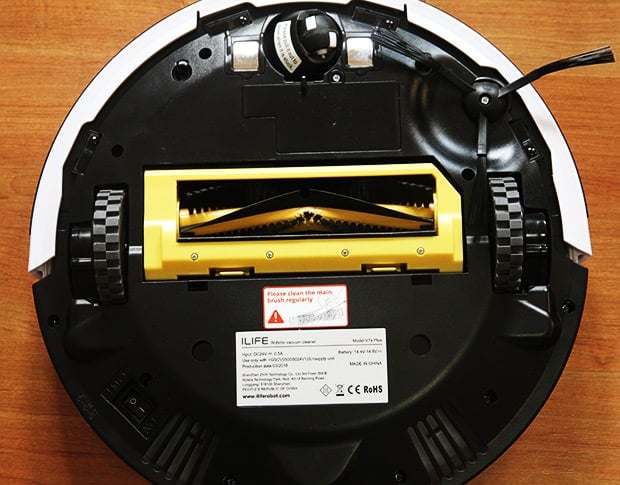 But it makes up for that with a Double-V brush that works well on bare floors and low-pile carpets.

If you look at the ILIFE and GearBest product page, you’ll think this robot uses a predictable navigation pattern but it doesn’t.

In my cleaning test, the edge cleaning was excellent but it missed a spot. But if I left it running until the battery runs out, I would have cleaned it up.

This is the trade-off between a robot with random and predictable navigation.

Remember that if you want something as good as Neato BotVac, you will have to spend more than $500. And this robot costs half that.

According to GearBest, this robot can hold up to 600ml of dry dirt. This is about 100ml more than the V7S Pro. But looking at both boxes, it seems that they are both the same size.

The biggest difference between the V7S Pro and Plus will be the water tank.

Just look at the two side by side… 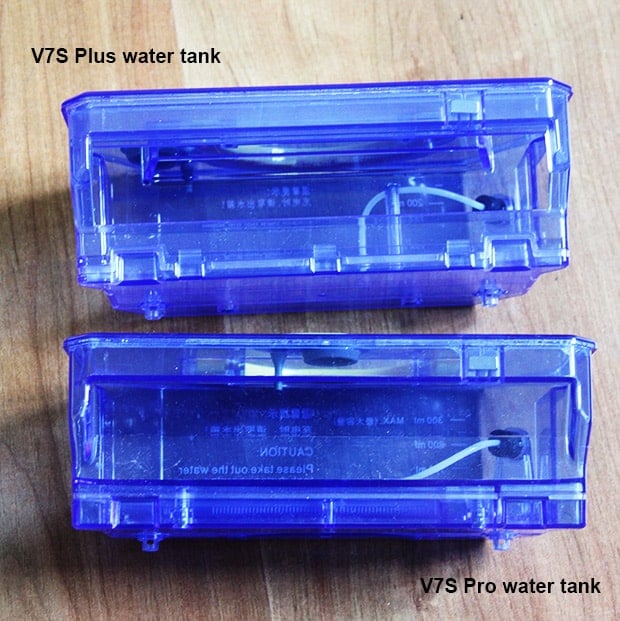 If you look at the V7S Pro’s water tank, it’s completely enclosed while the V7S Plus has a small opening that I think is for storing dry dirt.

Since the bot only has one button, you will need to remotely access other features of the bot such as scheduling and cleaning modes.

The design is standard on all ILIFE robots. You have the big on/off button in the middle which allows you to access the default cleaning modes.

Below are the plan and clock buttons that set the schedule and time respectively. The last row of buttons allows you to access the different modes – spot clean, go back to home base, and clean edges (from left to right).

To see how this robot works on bare ground, please watch the last part of the video above.

Overall, I like the way this bot worked on the areas it was able to clean. Of the 40 grams of dirt, I was able to pick up about 37 grams from the 40 grams. So, if you compare it to other expensive robot vacuums such as the Roomba 690 and Xiaomi, it is not far from it.

Although she had lost an area, she would eventually reach it. But this is the biggest drawback of a robot with a random pattern – it is terribly inefficient.

So take the good with the bad.

You can buy this robot vacuum cleaner on Amazon Under $300 And it’s eligible for free 2-day shipping if you join Prime.

There is not much difference between the ILIFE V7S Plus and the older V7S Pro.

Both have the same engine, size, cleaning performance and features. The only difference I see is the water tank on the V7S Plus which has a small area for storing dry dirt.

Will this add-on affect scanning performance?

I do not think so. If you are looking for a suitable robot vacuum cleaner with mopping functions, the V7S Pro will suffice. It’s cheaper and has a bigger mop that works better.

The ILIFE V7S Plus is a convenient option for people who are looking for a mid-priced robot vacuum that can do some light wiping. It’s not as feature-rich as other brands like the Roborock S25 that have smart navigation, but it does the job. The dual V brush and decent sealant will do a good job on surface dirt on carpets and hard floors.